What are the Shadow people?

I believe the Shadow people are from the Void. They are in between the plane levels.  When an individual expires from their human shell/human suit/Edgar Suit, that means they didn’t know what to embody as their belief of the after life.  When a person is in hospice they stop eating, the body begins to shut down.  At some point they stop verbal communication and begin the review of their life.  It’s very much like Lucid dreaming.  You can hear people around you but you can no longer communicate and at some level you don’t wish to talk to the living any longer.  It begins the internal dialog from within.  This internal movie plays and there are two clocks timing the person.  The 1st clock is within the Lucid dreaming of the belief of a person that is internally judging their own right and wrong doings through their life.  (Divine presence taking them through a journey?) Are they worthy of good?  Does the individual know if they committed many crimes in their wake of life? Does the individual have a high self esteem over their life or a poor self out look on their life?  The 2nd clock is the body shutting down.  There is about a 14 days time period if the body receives no food or water the body and it’s organs expire or seize.

What are Shadow’s made of?

Shadows are very dense material of black particles.  They are energy based.  You cannot touch them.  It’s a presence that interacts to touch your visual minds eye.

What do Shadows feed on?

Shadows feed on electrical energy.  They also feed on your fears.  They are energy particles, so they do not require actual food or water substances.  They don’t go to the bathroom either, but they do get depleted of energy as they attempt to communicate.

They communicate through touch lamps, TV, Radio’s, Electrical impulses and heightening fear.  Frequencies of static have also been used. Radio’s and batteries seem to get low or stop working properly as they suck it out so they can feed.

What interests me is to raise my sleep frequency so this doesn’t attract shadow beings as often.  Unless of course this is part of my life purpose to solve this phenomenon.

How do they become a shadow?

I consider the Shadow people to be like the Grey’s.  I don’t believe the grey’s are really ET’s but each to their own opinion.  Shadow people capture your minds eyes as they pass from doorway to another when you are a wake or down a hall.  I’ve had one for years at the foot of my bed.  They give you the feeling of being watched when no one is around.  That isn’t paranoia-it’s the shadow people.  ESPer’s are more hyper sensitive (sensitive people/Empaths) and it can really put you through a loop when no one understands you.

The Shadow “Man?” at the foot of my bed was over seven feet tall.  At first I was scared of this being (Dark Spirit) Shadow.  The more I prepared myself of this entity I realized he needed healing.  I wasn’t scared anymore; it was very dense material of black particles-I could Not see through the dark material at all.  It began to show up more frequently throughout my home and when it did I was mentally prepared.

After about three years working with the shadow spirit It began to embrace love light-I would dance in my mind and laugh in my mind and see the light of love in my mind.  Shadow man suddenly burst into flames of hot red, cool yellow and mild darkness the shadows within it’s own material.  Shadow man was happy and I haven’t seen him since.  Here is the realization now: From the blackness state matterial Shadow Spirits or Grey’s are without any self love.  Too serious, not any laughter or having fun.

If in fact the Shadow man turned into fire and was happy doesn’t prove he is in hell but from the recent water color painting I did does suggest “yes” it is hell.  This leads me to believe that a belief I have from a young child believing in “the Bible told me so”.

In “LUCID” Dreamscape Reality by Sean Boyle Chapter 3 presents some great information.  The stuff of Nightmares on Page 38 Start reading at “Shadows” an stop before “Shadows in Combat” it turns into game talk but I believe this writer truly was onto a clear bigger picture of what shadow people are!  Chapter 3 really clarified my experience.

The Clock is Ticking

It is a tricky process and through my clinical experience at the hospital I met a women in hospice who stayed alive on no food no water and no life support for 21 days.  It really blows your mind when science says otherwise.  Now, my facts maybe different than what other teachings are out there.  This is sole based on my experiences.  This particular patient was Catholic and the family around the clock prayed over her.  The family took communion in her presence.  They prayed for her soul and told me stories of her being a good christian/Catholic women.  The husband was thankful I stayed to pray even though he knew I wasn’t practicing to be Catholic but it gave him comfort.  The family her children didn’t care for me-judgements where in their hearts with my presence.  Letting that go now, I am grateful of the experience.

I believe the angels had the women heavily guarded and I was not able to do an telepathy on the patient.  Her husbands heart I heard his songs.  With her children and grandchildren I saw sorrow on their faces and they just really wanted her all to their selves.  To witness her passing and I gave them that space.

What happens to a soul that is forced out of an individuals body unexpectedly?  What was the person doing right before death; would be the first place I would start from. This clinical individual was a John Smith (John Doe) why the hospitals change the name I don’t know.  A man was shot from a domestic violence scene with a few other veig details.  He was sent directly to surgery so he was still alive upon arrival to the hospital. I was the 1st Chaplain to the call but wasn’t allowed in surgery area until his passing.  I spent six hours+ with this persons body after passing.  I didn’t know the mans religion, however; an internal assumption (telepathy) influenced me to think he was catholic.  For hours after his passing I attempted to communion with his soul with no luck.  It wasn’t until the City Corner and Police put his body into a corners bag and zipped up until he asked frantically “Where do I go?!” “Where do I go?!”  In an instant I asked,”Have you been bad?” (No reply) “If so, You go to hell.”, He said: “okay” and departed.  Instantly, I felt regret that I didn’t attempt more dialog and ask for his repentance.  I felt guilty of not freeing his soul but condemning it to the underworld.

Since that experience-I have learned I am really powerful and I’m much more careful on what I think and say both out loud to myself and to others.  What I say can happen and it usually can come fairly fast.

I’ve been learning to develop and control this power of ESP.  Now realizing I’m not crazy for those who don’t understand.  I do consider myself a Mystic vs Psychic even though I have these talents from childhood. However, lets get back to the Shadow man.  As I said I’m learning about being open with my ESP gifts, I sat to give free readings and this young teenager said he saw this spirit who was shot and said he didn’t like being in the burning fire of hell.  Instantly I knew that this was my John Smith who I sent him to this realm.  Fear struck the mother and told him not to help the soul.  I claimed responsibility but this soul is not communicating with me and although I would like to help-the soul isn’t seeking to communicate with me.

I guess there is a sense of belief within me that does believe in heaven and hell.  Only heaven is light substance and hell can be many different levels.  I’m closer to the underworld as it doesn’t bother me.  I was around a lot of death as a child.  Living is what scares me the most.  As I learn each day to live better than I did yesterday.

What do you do with Shadow visits?

Shadow people/spirits come to feed on our fears.  If your a natural healer they are around you for healing.  Start sending them light energy to help heal them.

*Do spread sea salt all around your bed and bring in a healing protection (spell) prayer for safety.  Put it around your electronics (computer desk,TV) to block the aerial plain of Electrical energy.

The Universal light is “Love” and Love really does heal all things.  The Shadow/he started out as a thick black substance.  The more Light I sent it the colors of fire came through it.  It was happier and I never saw it again.  Hindsight I now believe 1 dark mass might be several hundred of these dark shadows.  This just occured to me as I think about it and my water color painting. 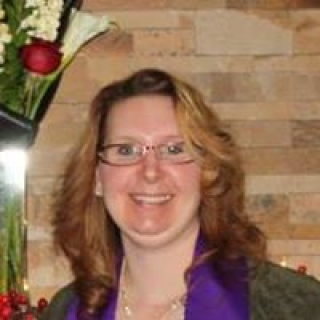